During the making of Cowboys of the Waggoner Ranch, Jeremy Enlow visited the ranch five times and captured more than 14,000 images. This week, we’ve gone through the archives and are excited to show you never before seen photographs of the Waggoner.

Cowboys of the Waggoner Ranch documents 26 cowboys on the largest ranch under one fence in the United States. Jeremy received exclusive access to photograph the ranching operations in the months preceding the sale of the ranch. Established in 1849 by Dan Waggoner, the ranch was family owned until its sale in February of this year.  We’re honored that Jeremy had the opportunity to photograph the ranch before it changed hands. He self-published and independently distributed the book, allowing him to tell the cowboys’ story just as he saw it.

“The cowboys, some whom have worked on the ranch for over 40 years, don’t have computers or four wheelers.  They cowboy the way it was done 50-75 years ago.  I wanted to document this way of life for younger generations before it disappears.” -Jeremy Enlow 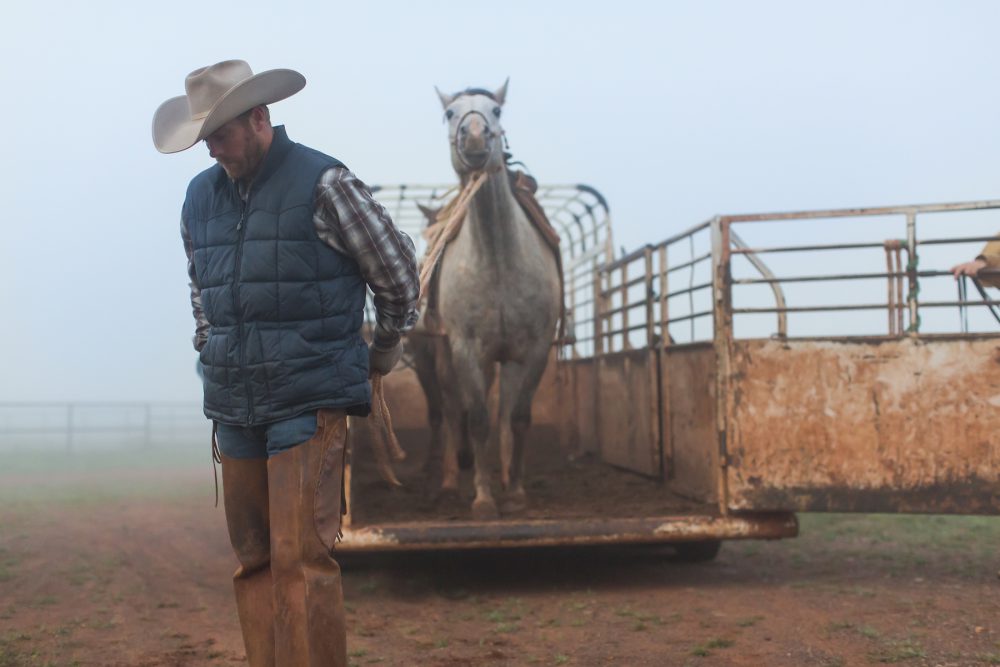 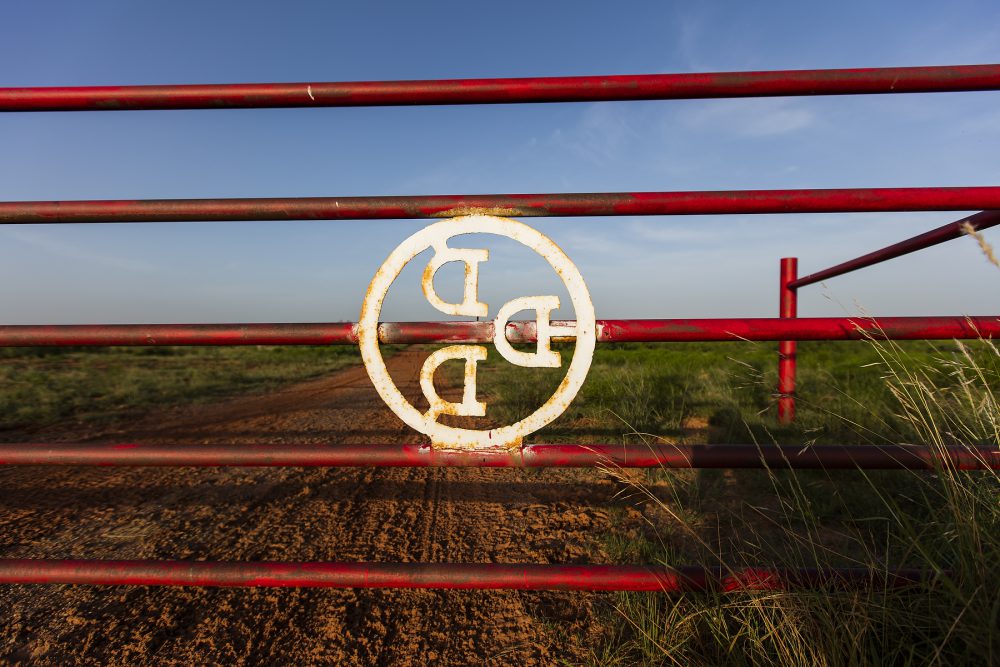 At 510,572 acres, the Waggoner is half the size of Rhode Island. The land is contiguous and contained behind one fence. 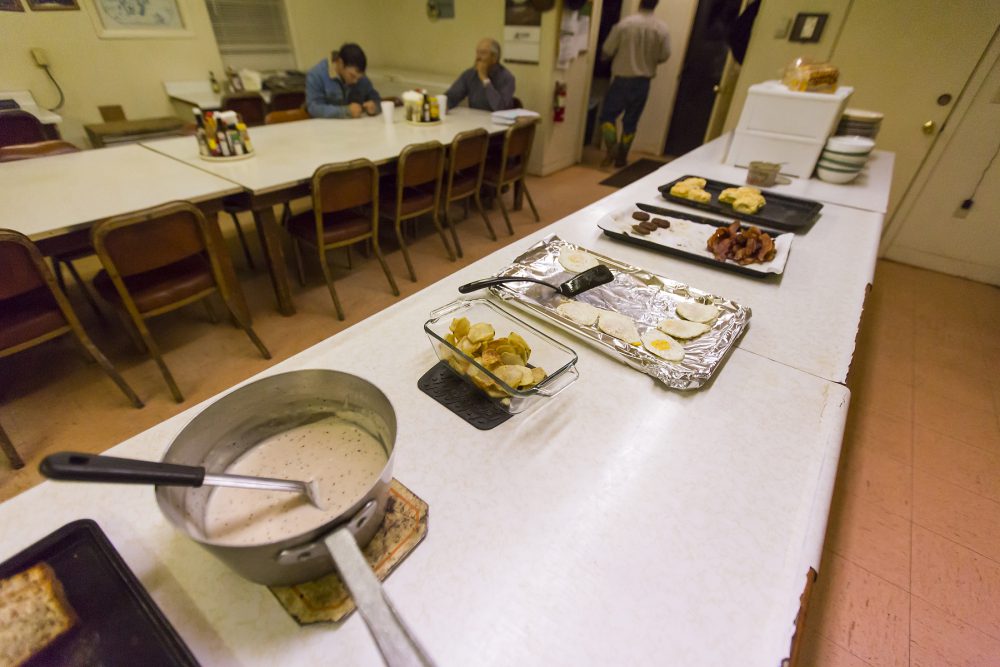 A morning breakfast spread at the now closed cook shack. Just look at that gravy! 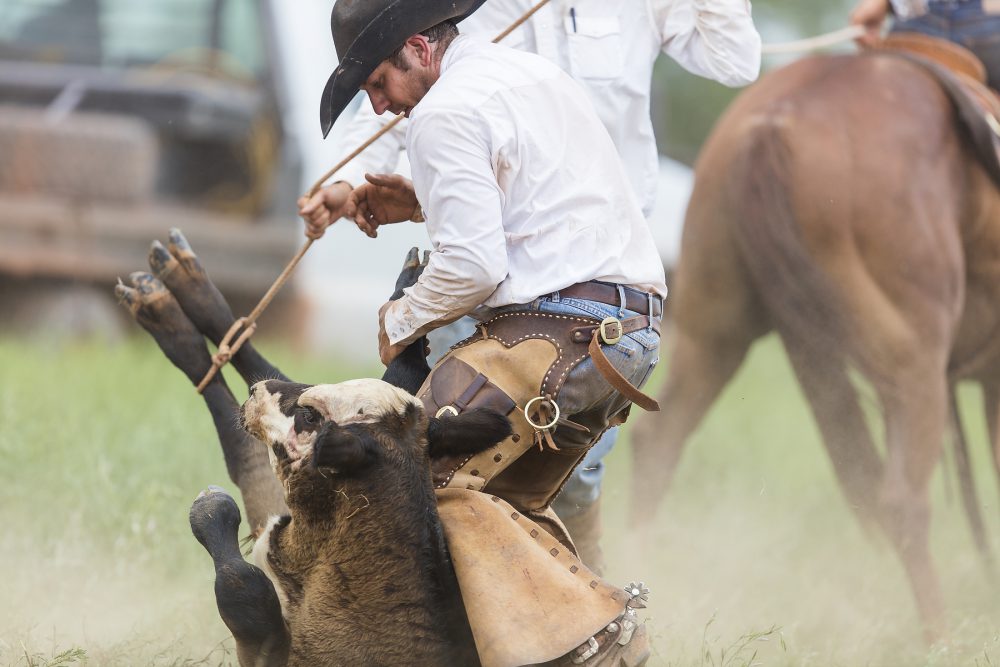 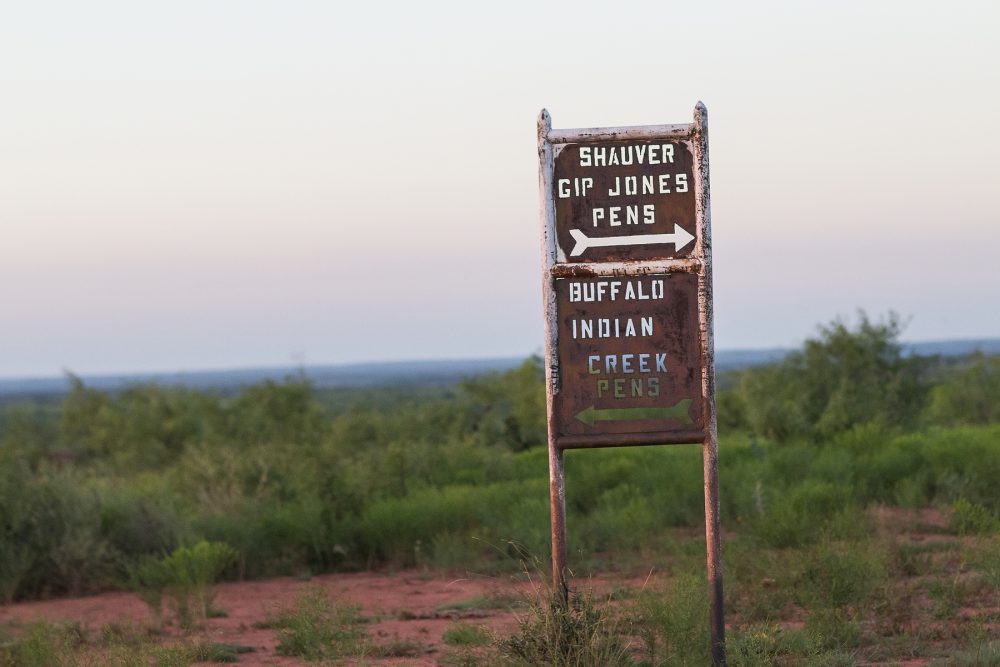 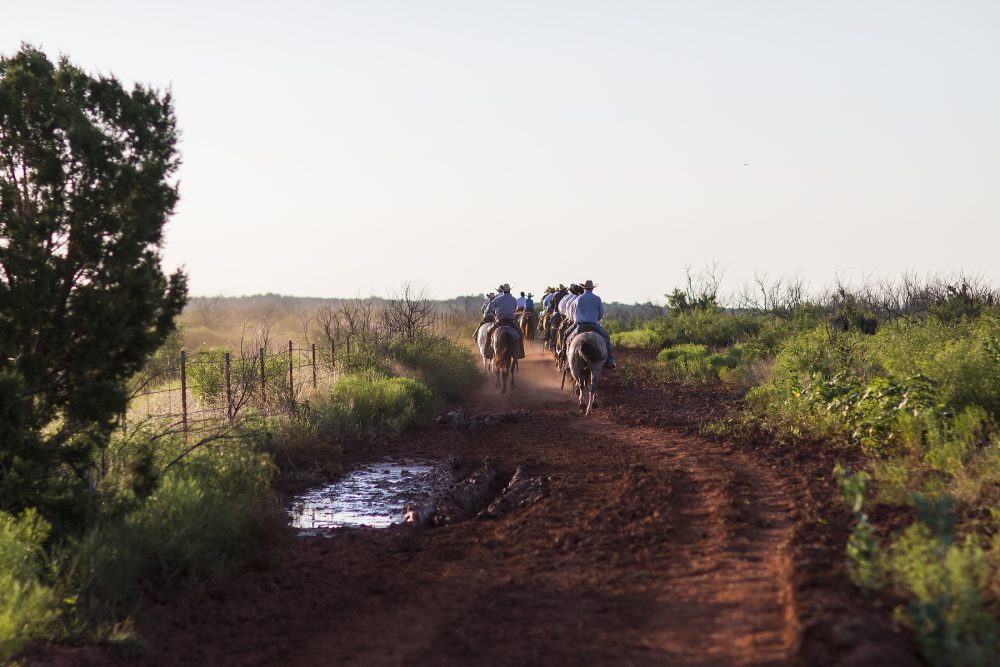 Much of the Waggoner is wild and untamed. Rattle snakes, wild animals, and the dusty terrain don’t keep the cowboys from doing their job. 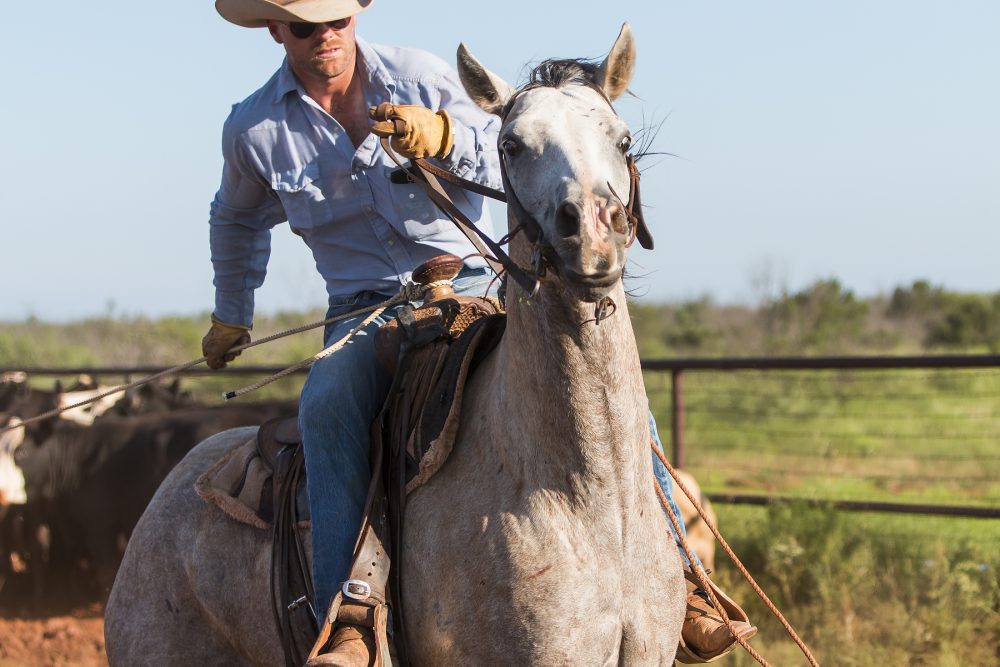 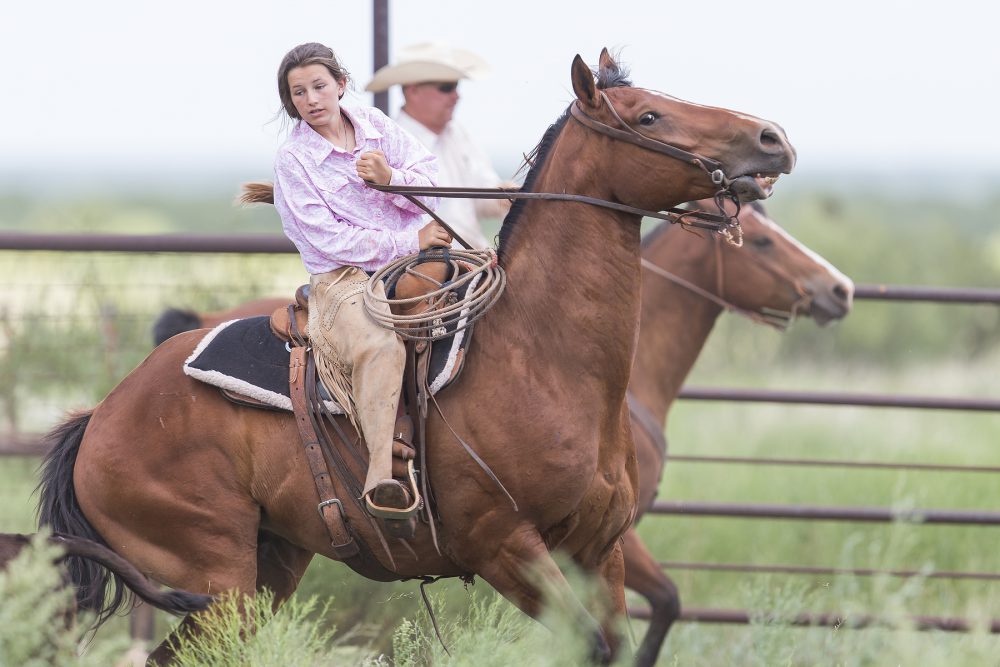 Cassidy “Butch” Chambliss is considering becoming a veterinarian when she grows up. As it is, she’s already a seasoned cowgirl and does her fair share of work during spring branding. 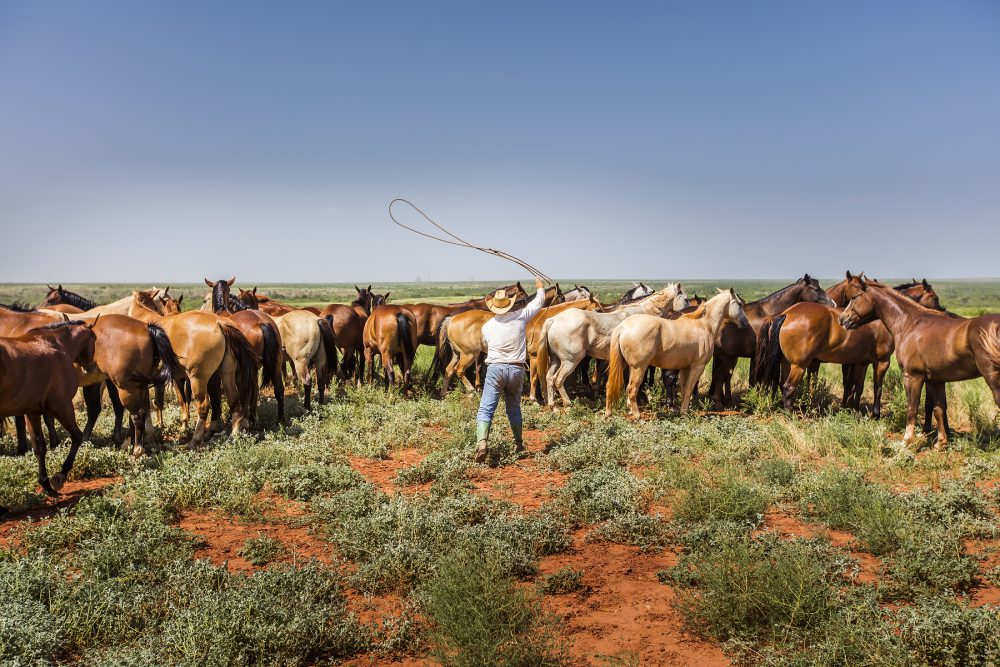 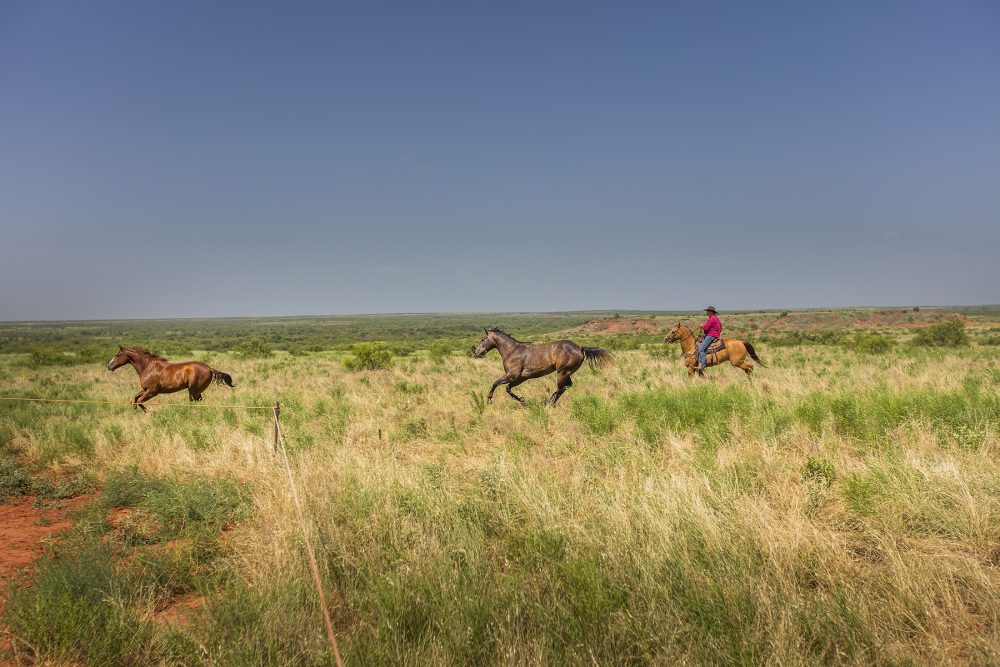 Waggoner Ranch cowboy Lane Sharp rides after the Remuda. The Waggoner stretches behind him as far as the eye can see. 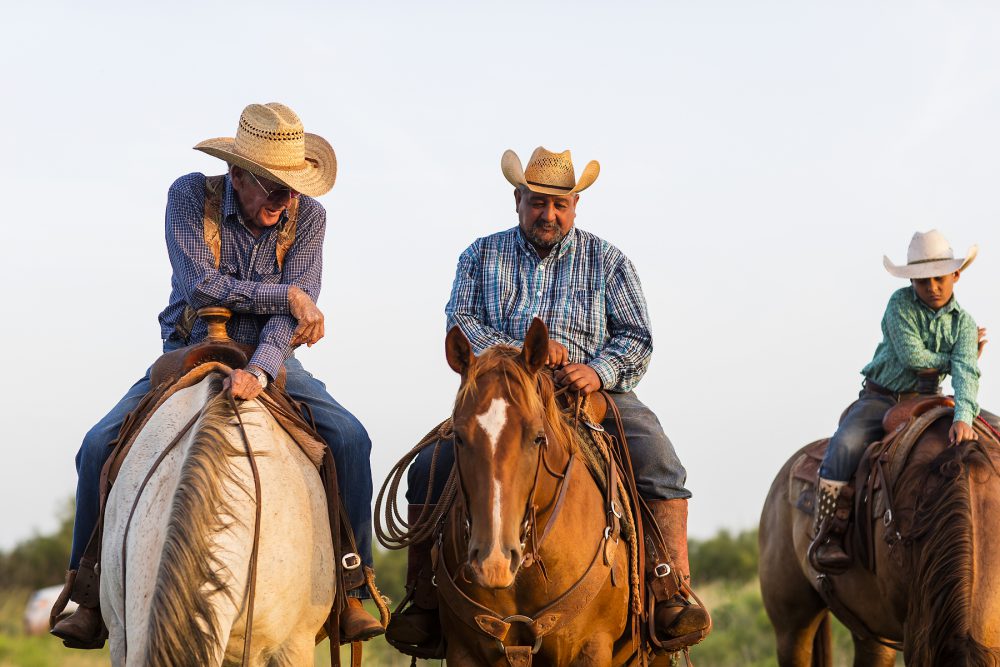 Bobby Daniel (left), Ricky Rios (center), and Luke Rios (right) enjoy a lighthearted conversation during their morning ride. Bobby Daniel started cowboying for the ranch in 1965, Ricky in 1982. Ricky’s son, Luke, is already skilled at lending a hand around the ranch. 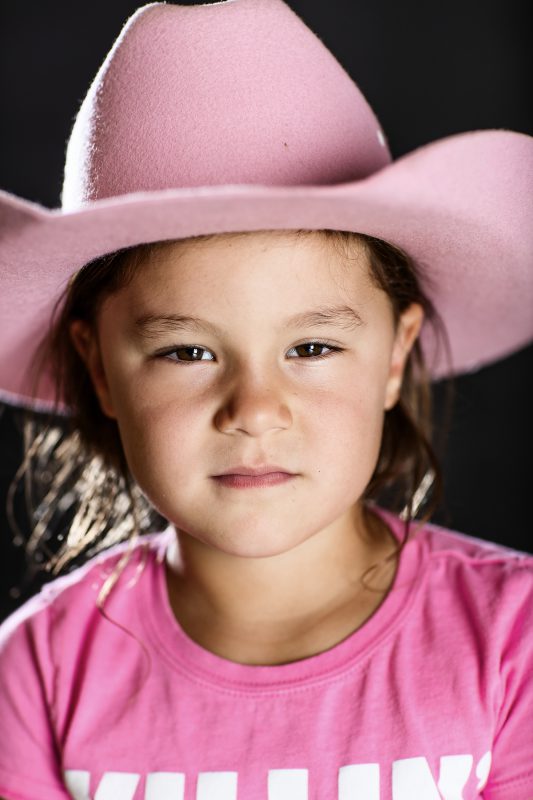 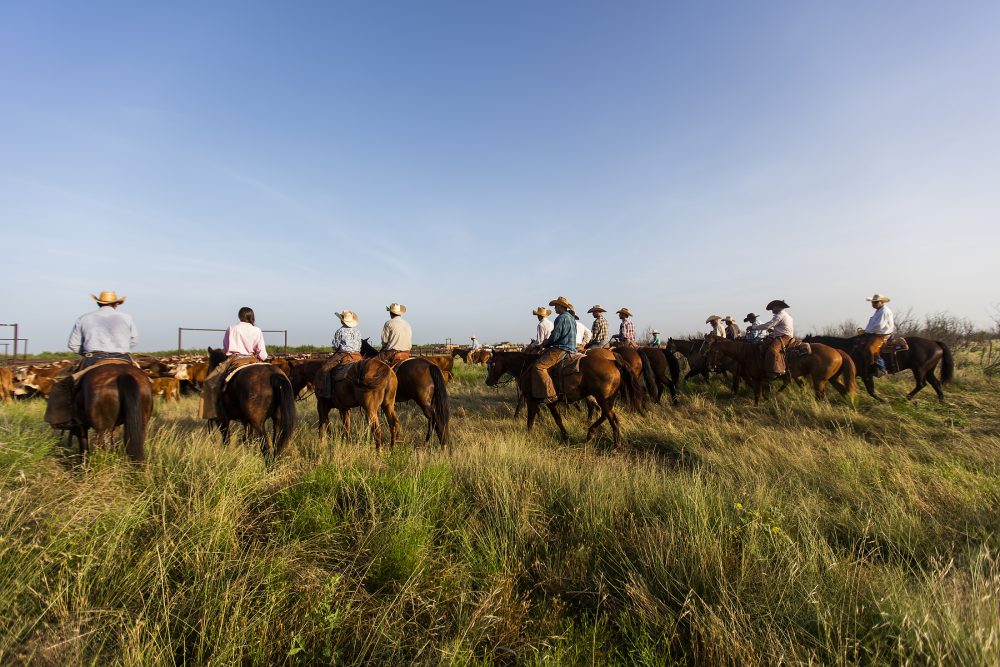 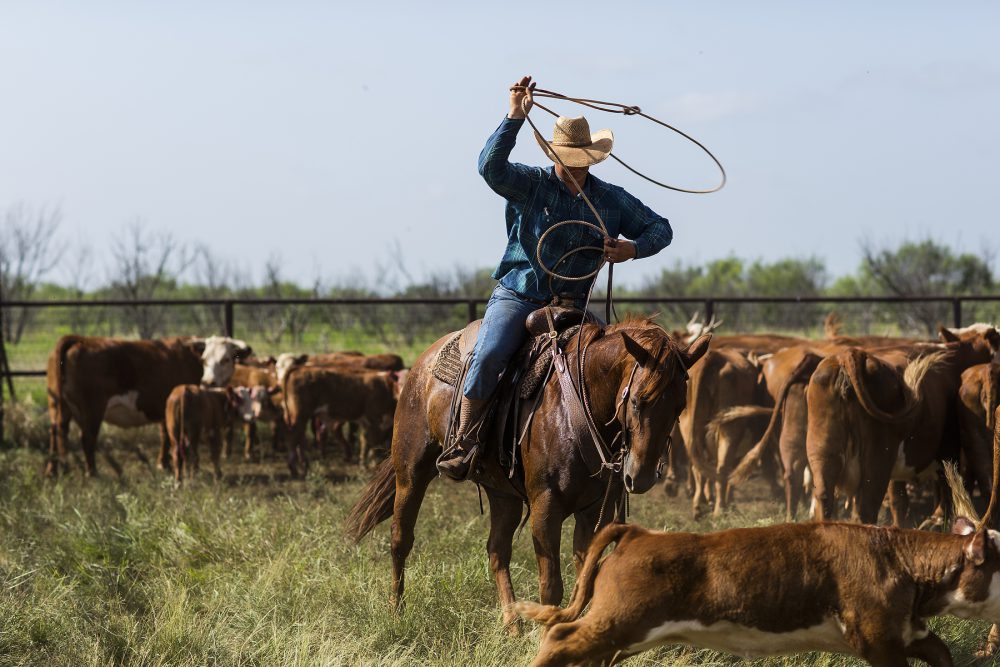 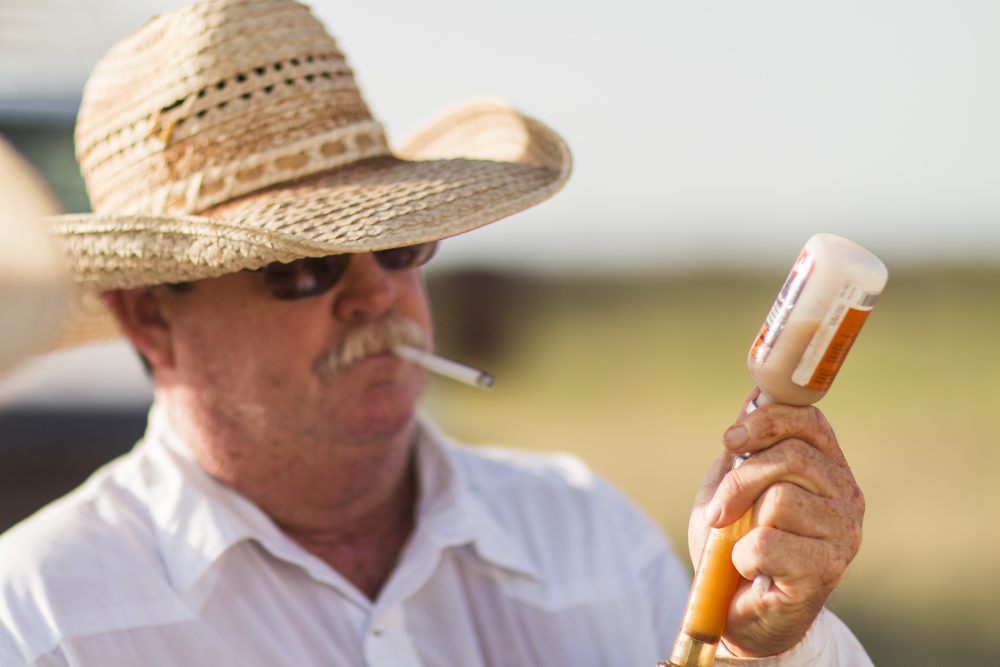 Above, George Calvin Self multitasks, the cowboy way. 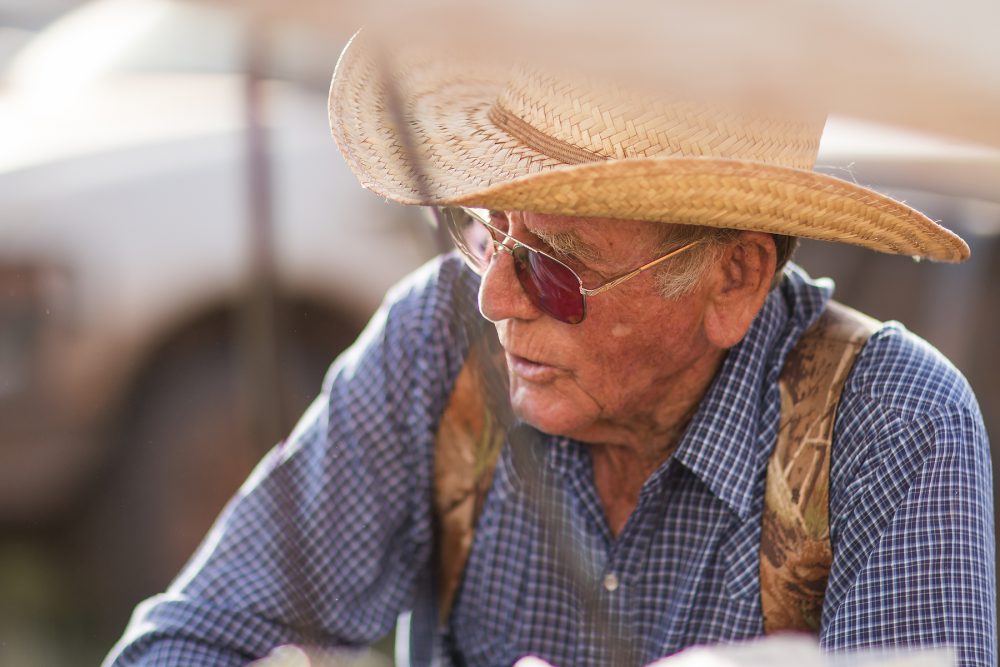 Bobby Daniel retired this year after 51 years as Waggoner cowboy. You can see more of our favorite images of Mr. Daniel here.

Over the coming weeks, we’ll be posting more never before seen images from Jeremy’s archives. Follow us on Facebook and Twitter to make sure you don’t miss any. If you enjoy these photographs, be sure to order the Cowboys of the Waggoner Ranch book. A limited number of copies are available, and books ship free in the United States!

“Being a life long Texan (and you’ll understand this if you’re one too), I have seen more than my fair share of “The Cowboy Life” portrayed in the worst way by some slick New York or Los Angeles artist/producer/photographer/journalist… In my travels, it never fails, that I am presented with some misconceived and ill informed lore of how Texas, Cowboys, and country life [is] portrayed elsewhere. So when I heard about this book – I was naturally skeptical, and fully expected some mockery and over zealous portrayal of country bumpkins, akin to another horrible Woody Harrelson and Kiefer Sutherland performance.. I was horribly, horribly WRONG.”  Amazon book review, (May 7, 2016)