In August, Jeremy Enlow visited Wichita Falls to attend the Texas Ranch Roundup. The Waggoner Ranch cowboys were present, cooking at the chuck wagon and competing in the rodeo. While there, he spoke with Samaria Terry of KFDX about recent changes on the Waggoner Ranch. 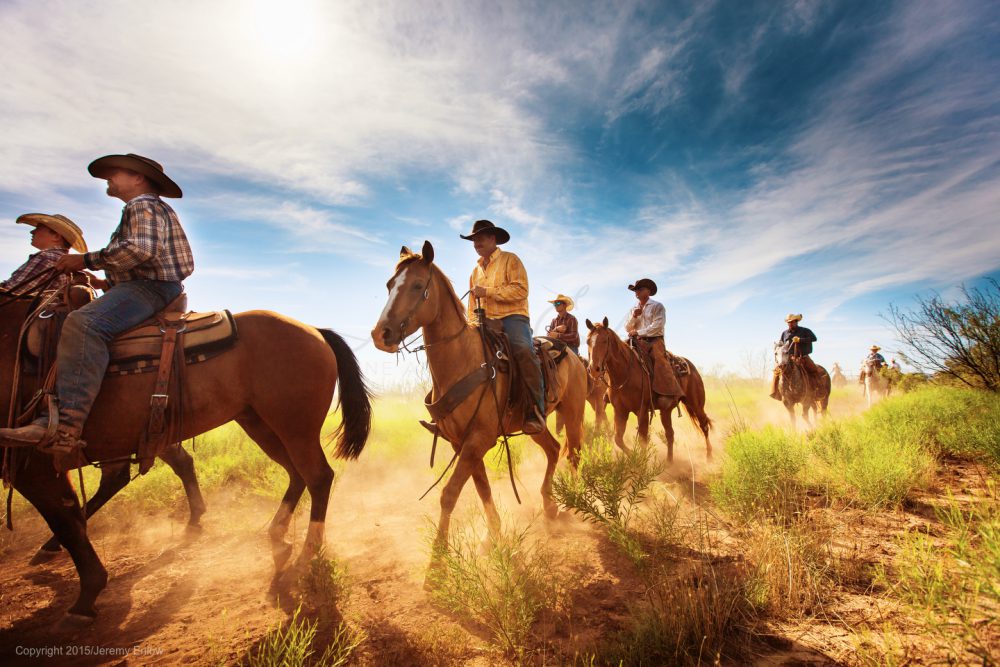 Samaria Terry sat down with Jeremy Enlow for the story “What Lies Ahead for the Waggoner Ranch.” The interview aired on KFDX Texoma’s Homepage News

The interview took place shortly after news broke that Stan Kroenke was forcing Lake Diversion residents to vacate their homes.  This controversial decision has ignited passionate discussions about Kroenke’s new role at the ranch. Discussing what inspired him to make the book, Enlow said:

“I was hoping to preserve this way of life not only for future generations, but also for the new owner. To actually see the faces of the employees out there. To actually see the families and what they go through. And especially now I think that this is more important than ever, because decisions about the Waggoner Ranch are being made in Montana and Los Angeles.”