Raising the Next Generation of Cowboys

When Jeremy Enlow photographed Cowboys of the Waggoner Ranch, 26 cowboys lived and worked the ranch full time. Working the cattle on the ranch isn’t the cowboys’ only job, though. They also spend a lot of time raising the next generation of cowboys to excel at their job. 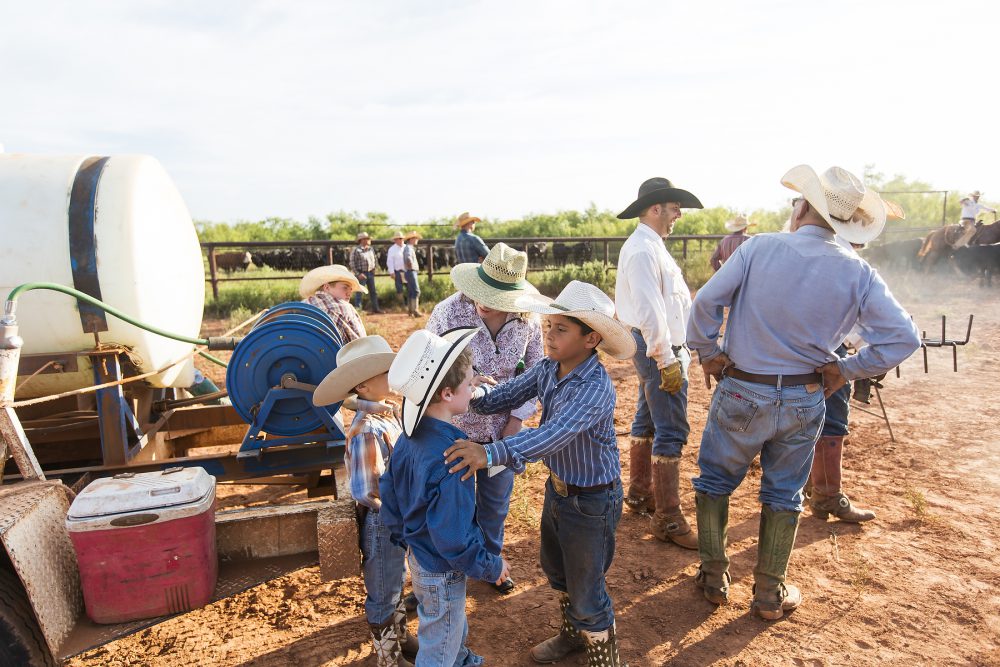 After most of the branding is done, the cowboys take the time to teach the children how to do their jobs. They exercise the same skill in teaching as in doing the job themselves.

It does not matter that it takes longer. It doesn’t seem to be any trouble. They encourage the effort and congratulate the kids on their slightest success. Jimbo Glover says that’s not only a regular occurrence, but it’s important.

“They’re our future. They’ll replace us old ones one of these days,” says Jimbo. While other cowboys hold down the calf, Justin Henry patiently shows Jeb Stacey how to lend a hand while carefully keeping himself between the calf and the boy. Looking on, Blaine Galbreath knows the cowboys will do the same for his first son, newborn Gunnison Blaine, in a few years.

Do you want to learn more about these Texas cowboys? Join 23,000 other fans following our Facebook page where we share new cowboy stories every day.