Join photographer Jeremy Enlow on July 14 for the first ever McKinney Avenue Transit Authority Lecture Series! A collaboration between the McKinney Avenue Transit Authority, Uptown Dallas Inc., and Klyde Warren Park, this inaugural event will take place aboard the Green Dragon Trolley. Jeremy will talk about his time photographing the Waggoner Ranch for his book, Cowboys of the Waggoner Ranch. 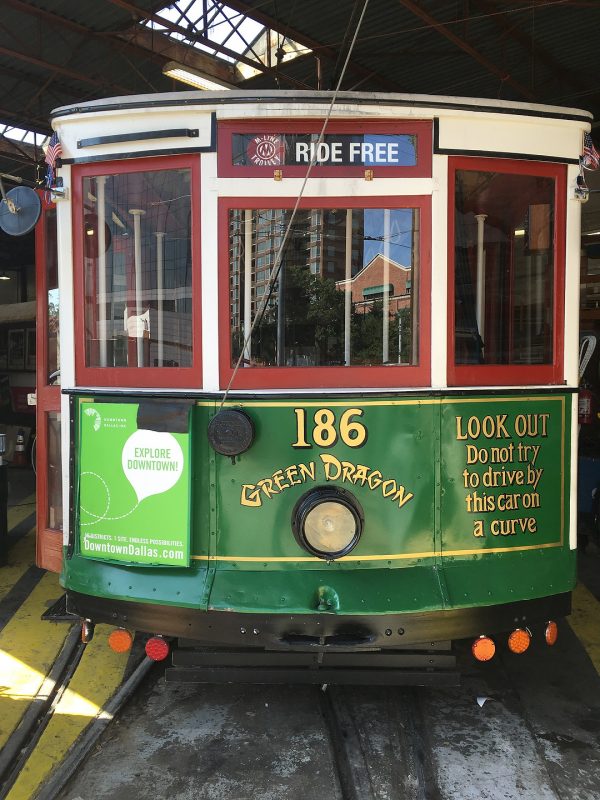 Don’t let the heat keep you away — the Green Dragon is air conditioned to keep you cool during the Texas summer. This is a once in a lifetime event, and only 30 tickets are available. Order yours today!

5:30-6:30 Lecture with Jeremy Enlow aboard the Green Dragon Trolley, departing from the Uptown Turntable and ending at Klyde Warren Park

6:30-8:30 Book signing at the Southwest Porch at Klyde Warren Park 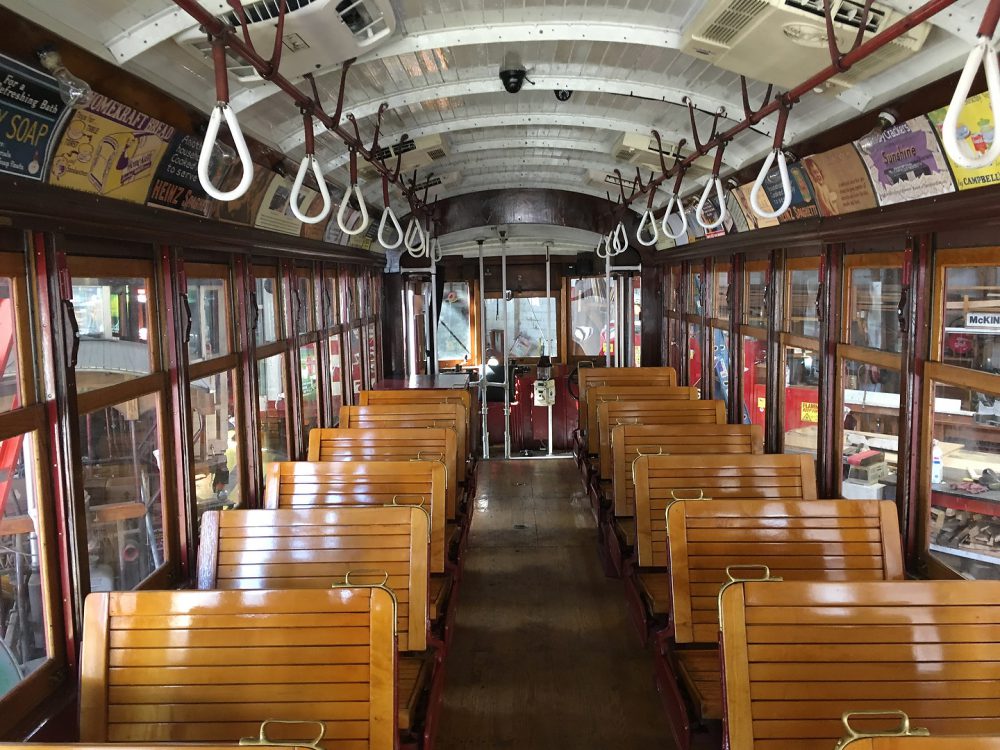 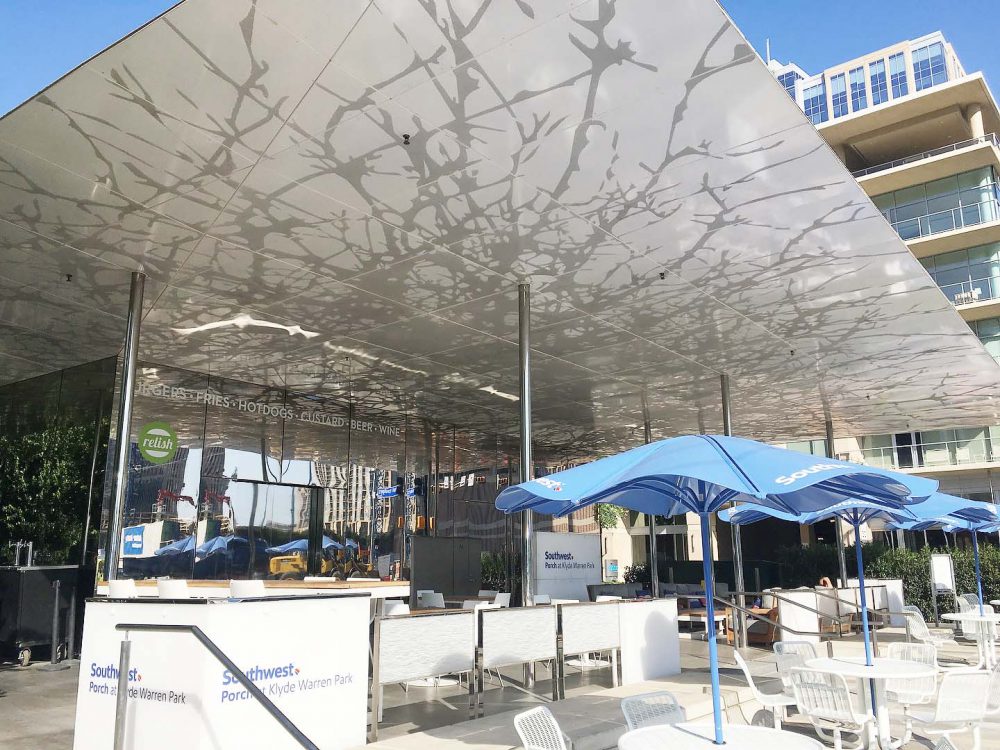 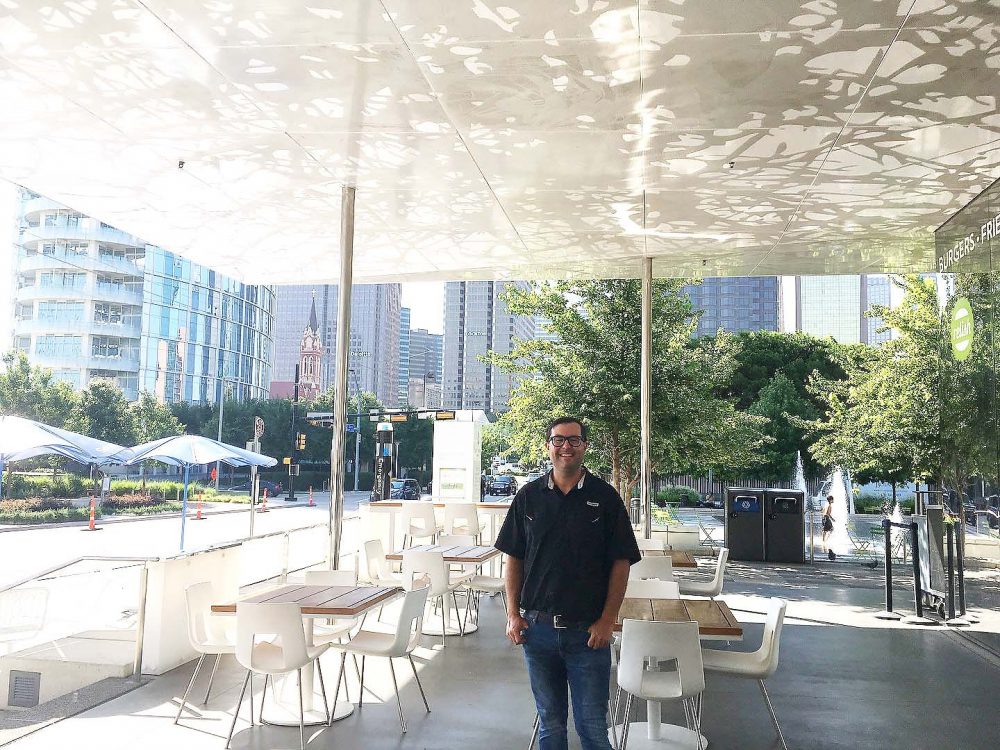 Can’t make the lecture? Join Jeremy at the Southwest Porch for a book signing from 6:30-8:30.

We hope you’ll join us for this special event.

Cowboys of the Waggoner Ranch featured at inaugural author lecture series July 14 in Dallas
The award winning Cowboys of the Waggoner Ranch author Jeremy Enlow will kick-off a new author lecture series in Dallas Thursday, July 14.
Enlow will talk about what life is like on the famed Waggoner Ranch aboard the Green Dragon trolley from 5:30-6:30 p.m.  The trolley will end at Klyde Warren Park, and Enlow will have a book signing from 6:30-8:30 p.m. under the Southwest Porch at the park.
This is a joint venture between Uptown Dallas Inc, McKinney Avenue Transit Authority (MATA) and Klyde Warren Park.
“Jeremy’s ability to capture the pure, raw beauty of this sacred land and those that work their entire lives to keep it alive is remarkable,” said Anita Simmons, Director of Marketing for Uptown Dallas, Inc. “The story of the Waggoner Ranch is significant to Texans and we are thrilled to have Mr. Enlow share his stories and images with the Dallas community and what better way than on our historic McKinney Avenue Trolley.”
The Green Dragon trolley, built in 1926, is air conditioned and equipped with a PA system.
Advance tickets are suggested as seats are limited.  https://www.eventbrite.com/e/lecture-series-tickets-26161963136
The book signing at Klyde Warren Park will coincide with a concert in the park Thursday evening.  The concert and book signing are free and open to the public.  This author lecture series is the first of its kind for Uptown Dallas, Inc and MATA.
“It’s an honor to speak in Dallas about the cowboy way of life at the largest ranch under one fence in the United States,” Enlow said.  “Can’t get much better than talking about Texas cowboys aboard the historic Green Dragon trolley.”
Cowboys of the Waggoner Ranch, released Nov. 2015, has been sold in 48 of the 50 states and reached about a dozen countries worldwide.
Recent awards:
Overall Grand Prize Winner,  Great Southwest book festival 2016; Los Angeles
First Place Art/Photography,  Great Southwest book festival 2016; Los Angeles
Overall Winner Historical Non-Fiction, Next Generation Indie book awards 2016; Chicago
Finalist Regional Non-Fiction, Next Generation Indie book awards 2016; Chicago
Silver Best Regional (South) Non-Fiction, Independent Publisher book awards 2016; Chicago
Reviews:
“This handsome collection of photos taken at the historic Waggoner Ranch in northwest Texas—the largest ranch under one fence in the United States, with more than 510,570 acres—portrays the fading cowboy lifestyle pioneered by “lean and dusty riders who braved the wild to make room for a herd.” –  Publisher’s Weekly, (March 21, 2016)
“[The book] has real sentimental value, because it’s a reflection of our [cowboy] lifestyle and that’s all we really have to pass down to our children.  Nothing in the book was staged [except portraits]; it shows everything the way we do it.”  – Waggoner Cowboy Josh Rodriquez quoted in Western Horseman, (March 2016)
“The book shows we’re still surviving, doing things like they did 100 years ago, the cowboy way.” –  Waggoner Ranch Manager Weldon Hawley quoted in Western Horseman, (March 2016).  Mr. Hawley has worked at the Waggoner since 1976.
“There’s such a great quality of light and consistency of mood throughout the whole thing. Jeremy really captured that and carried it through. Photos are a like a paragraph. One leads to the next. I look for consistency and he did it. The images are graphic and informative. If you don’t have great light you better nail the moments. He did. He listened and he nailed it and I’m really proud of him,” John Davidson (Director of Photography Dallas Mornings News 1984-2002) said.  “He’s as nice as the day is long. He’s a class act,” John said of Jeremy. “He’s so respectful of his subjects. I like seeing that. Without sounding like an old fart, the millennials aren’t like that.” –  Dallas Morning News, (Dec. 3, 2015)
“And by documenting what might be the end days of the working ranch, photographer Jeremy Enlow sought to put a final sort of punctuation on the tale by documenting the dusty days of those who lived it – the cowboys, up close and personal.” – 360 West magazine, (Oct. 2015)
“Being a life long Texan (and you’ll understand this if you’re one too), I have seen more than my fair share of “The Cowboy Life” portrayed in the worst way by some slick New York or Los Angeles artist/producer/photographer/journalist… In my travels, it never fails, that I am presented with some misconceived and ill informed lore of how Texas, Cowboys, and country life if portrayed elsewhere. So when I heard about this book – I was naturally skeptical, and fully expected some mockery and over zealous portrayal of country bumpkins, akin to another horrible Woody Harrelson and Kiefer Sutherland performance.. I was horribly, horribly WRONG.”  Amazon book review, (May 7, 2016)
“Most readers expect an oversized coffee table book to awe them with color photos, but only a few books can capture the heart of a subject in both color and text. This is one of the few.”  Texas Tech University magazine book review, (March 2016)
“What is a photo worth? Can a price be placed on an image, or does it remain priceless? What if a photo captures a piece of living history and preserves it for years so that multiple generations will know it existed? That is the sentiment behind the book, Cowboys of the Waggoner Ranch. The glossy, bound book is comprised of 180 images displaying true Texas history and documenting a way of life.” North Texas Farm & Ranch magazine, (April 2016)
Facebook:  Cowboys of the Waggoner Ranch
Twitter: @WaggonerCowboys